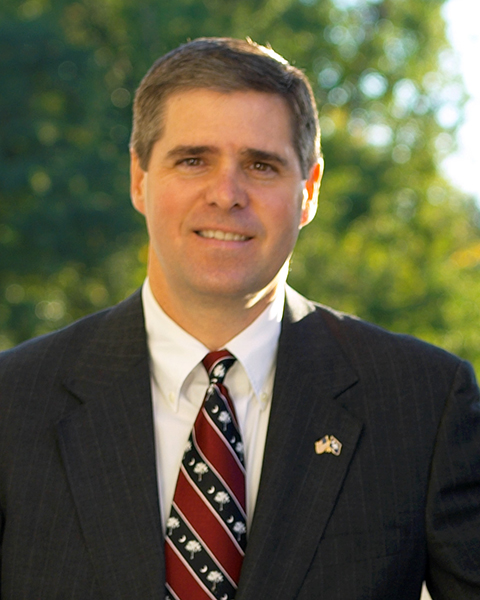 Charlie C. Sanders, Jr. (Chuck) is a retired finance executive and previously worked at South Carolina Student Loan Corporation from 2001 to 2018, serving as President and CEO beginning in 2006.  Mr. Sanders served as Director of Investments and Debt Management for the South Carolina State Treasurer’s Office from 1988 to 2001.  He received his B.S. in Banking and Finance from the University of South Carolina.  Mr. Sanders serves on the Board of Trustees of Anderson University, and serves as Chairman of the Board of Directors of the Greater Columbia Educational Advancement Foundation.  He previously served on the Board of the Education Finance Council (EFC) in Washington, D.C. and the National Council of Higher Education Resources in Washington, D.C., having served as Chairman and Vice-Chairman of EFC. 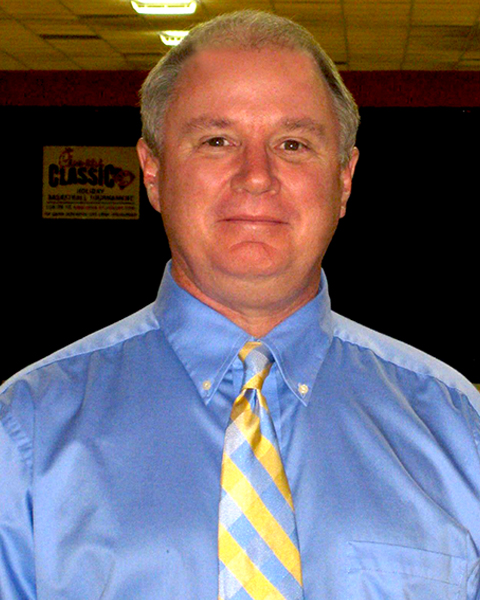 Gary Fulmer retired this past year after 40 years in education as a teacher/basketball coach/athletic director. Coach Fulmer coached varsity basketball at both Lower Richland and Richland Northeast High Schools during his career compiling an overall record of 286 wins and 100 losses over a 14-year span for a 74 % winning percentage. During his last 3 years coaching at Richland Northeast, his teams set school records for wins each year. He was most recently served as the athletic director at Richland Northeast High School before his retirement. After retiring from coaching basketball he helped start the Chick-fil-A Classic Holiday Basketball Tournament in 2002 and has been serving as the tournament director since its inception. He has been married for 35 years (to Mary Jane) and they have two adult sons, Brett and Kevin. 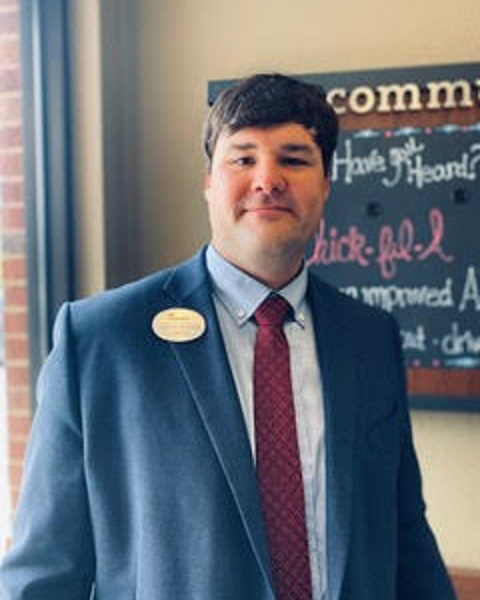 Aaron Thor Ellison joined Chick-fil-A in 2007. After being selected as an Owner/Operator of restaurants in Winchester Virginia and then in Columbia Maryland, he moved back home to Columbia in 2015 to become the Owner/Operator of the Decker Blvd location, and then added a second restaurant in 2020 with the Forest Drive location.  He joined the GCEAF in 2016 and continues to enjoy being part of the community.
Aaron’s mission is to glorify The Lord by being a servant leader who positively impacts people while developing other leaders to add value and be beacons of light. 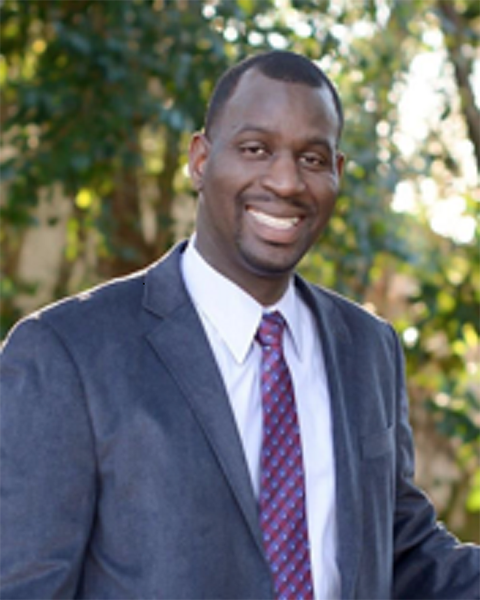 Dr. Gerald Gary has had sixteen years of success as a school principal at every level.  Under his leadership, Dutch Fork High and Dutch Fork Middle in School District Five of Lexington and Richland Counties were both named a Palmetto’s Finest school. Dutch Fork High, where he currently serves as principal has consistently been recognized as being among the nation’s highest rated schools.

A true leader, he makes sure he creates a school culture that is inclusive of all students and staff.  Furthermore, he has generously given of his time and expertise for many years by serving as a leadership coach for the S.C. Department of Education’s Principal Induction Program, a CEEL Faculty member and having served on the Palmetto’s Finest Committee.

He has guided the work of hundreds of teachers and has enabled the learning of thousands of students.  During his spare time, Dr. Gary enjoys spending time with his wife Melissa and his sons Gerald II and Cameron. 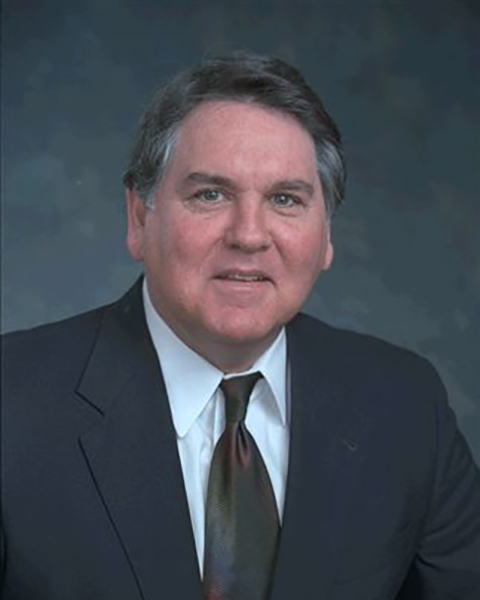 Dennis Powell is a native of New York City. He was recruited out of high school to play basketball for the University of South Carolina by Coach Frank McGuire. Dennis played basketball for the Gamecocks for 3 years and was a member of Coach McGuire’s 1971 ACC Basketball Tournament Championship team. Today Dennis works with investment banking at Dwyer Capital. In 2014 he received the Dom Fusci Leadership in Action Award from the SC Athletic Hall of Fame. He is also a Past President of the Columbia Tip off Club. Dennis is married to Mary Ann and they have 2 sons. 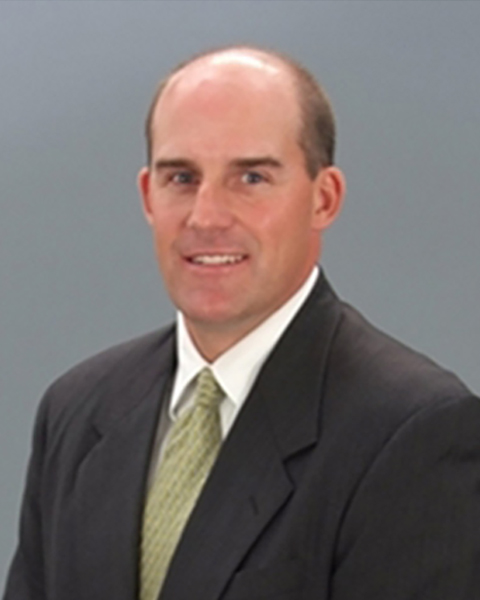 Stephen West is a Columbia, SC resident and is a Financial Advisor, Vice President with Ameriprise Financial.  He is very involved with his Church, serving as a member of the Vestry, Youth Committee, middle school bible study and runs the Church’s youth basketball program.  He is married to Jennifer West and is the proud father of three boys who attend A C Flora High School.  Stephen is a Presbyterian College graduate where he was a 4 year letterman on the basketball team. 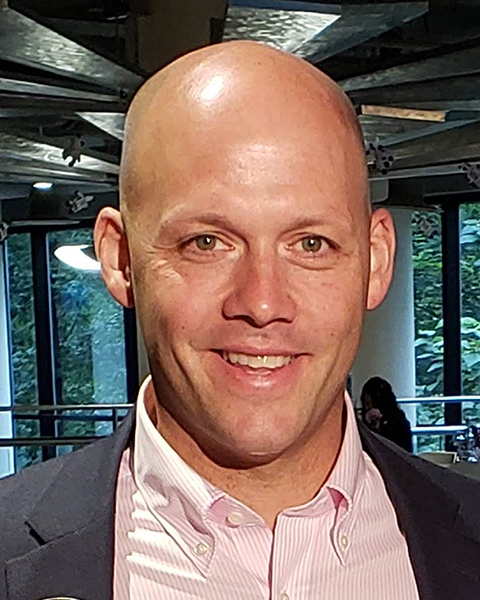 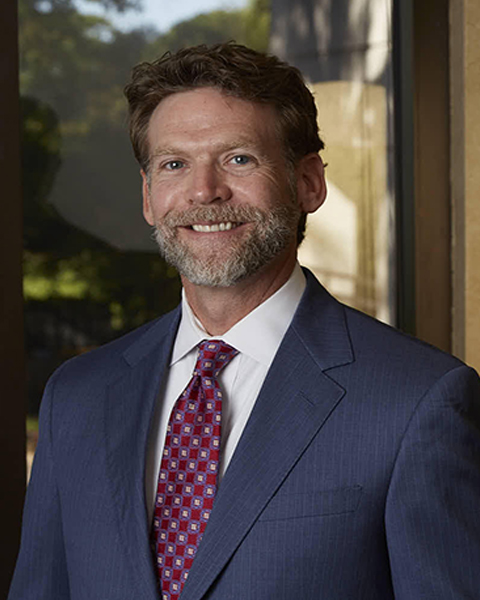 Drew English has practiced law with Callison Tighe & Robinson, LLC since 1999, becoming a member of the firm in 2004.  Drew focuses his practice on commercial transactions, representing developers and lenders in the acquisition, development, and financing of real estate for commercial and retail purposes.   He graduated from Wofford College in 1995 and the University of South Carolina School of Law in 1998.  Drew is active in the community, both locally and beyond.  In addition to his service on the Greater Columbia Educational Advancement Foundation, Drew is also a member of the Board of Directors of the Wofford College Terrier Club, which raises funds to provide intercollegiate athletic scholarships to student-athletes.  Drew was also a past Board member of the Cultural Council of Richland and Lexington Counties.  Members of Eastminster Presbyterian Church, Drew and his wife Kelly live in Columbia with their 14-year-old cocker spaniel, Niko, and enjoy visits from their children, Sadie and Andrew, who are students at Clemson University. 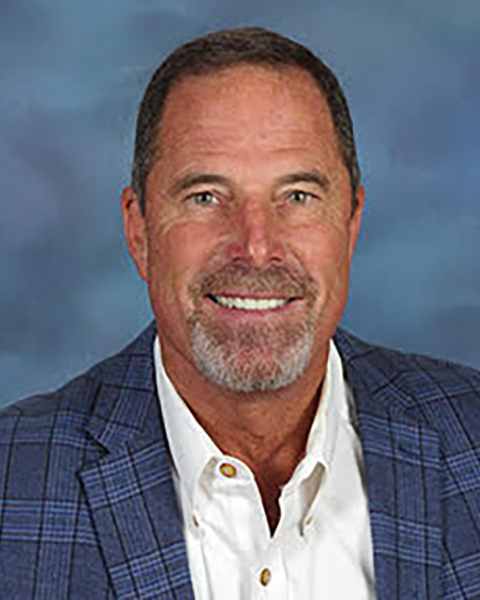 Coach David Bennett has been serving as the District Director of Athletics for Lexington School District One since 2017. Coach Bennett has received numerous awards for athletic administration including the 2020 NIAAA Award of Merit for South Carolina; 2018 SCHSL Award of Spirit; 2016 Lexington County FCA Dal Shealy Influence Award; and 2015-16 SCACA Region Athletic Director of the Year. Prior to moving into administration, Coach Bennett was a highly successful college football and golf coach at Catawba College and football coach at Coastal Carolina University. At Catawba, he was a 5-time SAC Coach of the
Year and a 2-time golf Coach of the Year. He has the most wins in school history by percentage and was selected to the Catawba Hall of Fame in 2010. Coach Bennett became the first Head Football Coach at Coastal Carolina University when he was hired in 2001 to start the program. He coached the Chanticleers for 9 seasons. During his tenure his teams won 4 Big South Championships earning him Conference and Regional Coach of the Year twice. In 2006 he was named the Sport-Tex National Coach of the Year. Coach Bennett has the most wins in school history at Coastal Carolina. 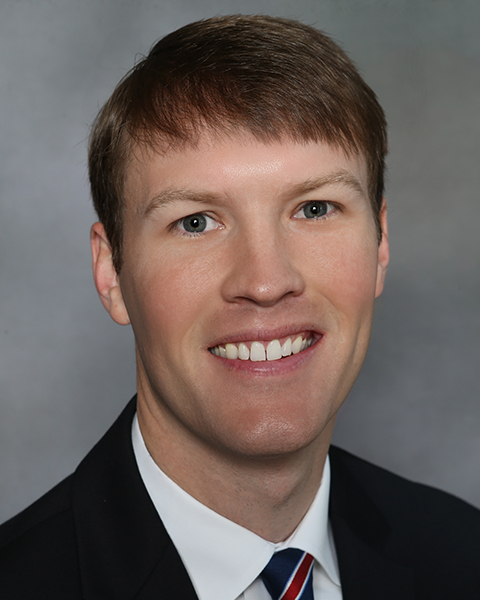 Branden Conrad is a Senior Vice President of Commercial Banking at First Citizens Bank. He graduated from the University of South Carolina with a Bachelor of Science Degree. Branden played basketball for the Gamecocks and was a member of the 2009 SEC Basketball Co-Champions team and he was selected SEC Academic All-Conference. In 2021 he was elected as President of the USC Association of Lettermen. Branden has previously coached basketball at the varsity level with Cardinal Newman High School from 2010 thru 2018. Branden has been a member of the GCEAF Board since 2017. 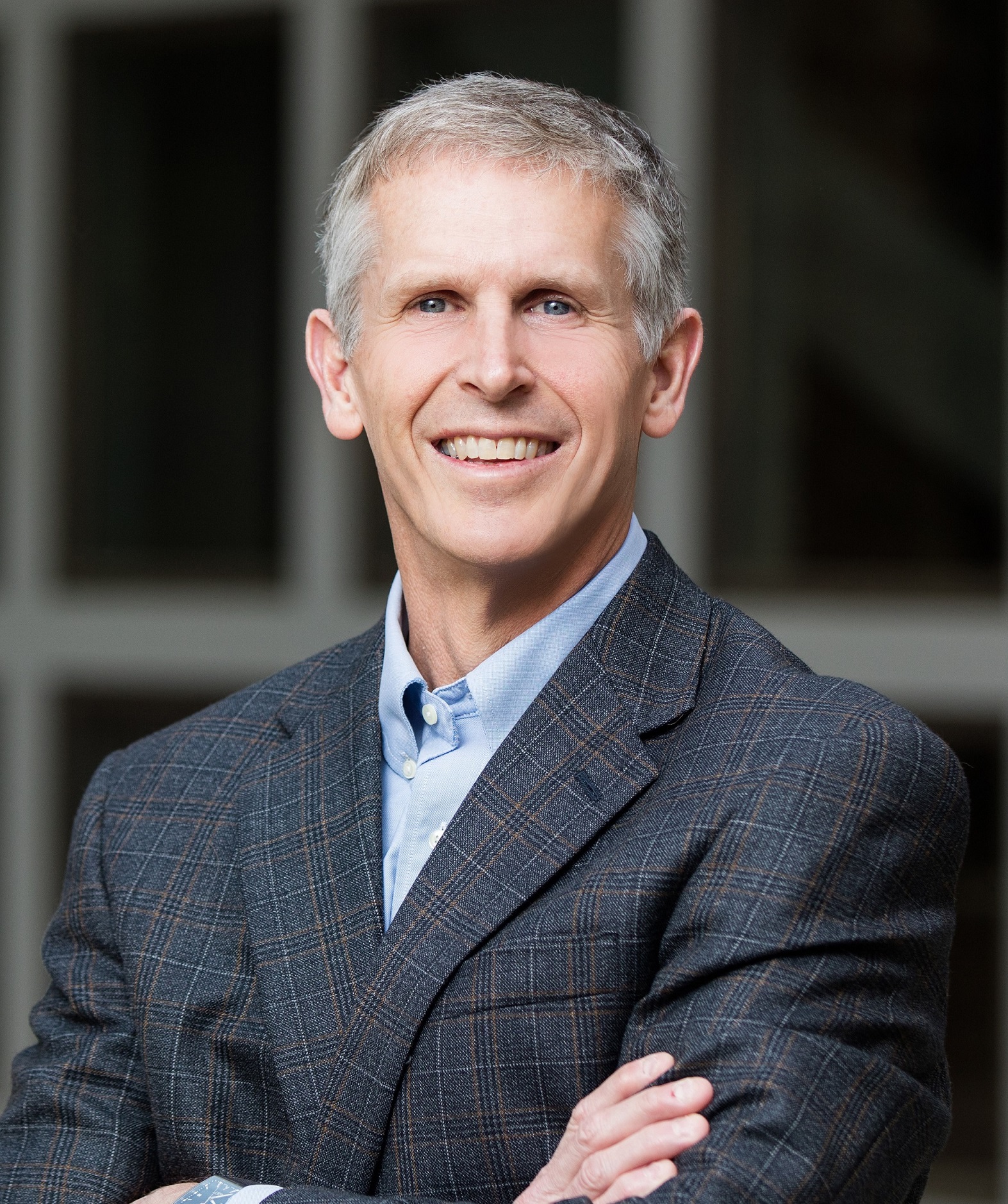 Gregg Hendrix is a principal owner and CEO of The SEFA Group, privately held and based in Lexington, South Carolina.  SEFA has five business units, over 500 employees, and utility partnerships with three Carolina utility companies. For four decades, the Hendrix family has led SEFA’s impressive growth story and commitment to environmental stewardship. SEFA’s proprietary process, STAR® Technology, remediates utility-owned coal ash impoundments by converting coal ash into a sustainable product for use in concrete and other industrial applications and is the only commercial process of its kind in the world.

Gregg serves as a Member of the Board of Directors for the South Carolina Chamber of Commerce for 2020-21. He is a graduate of Auburn University.  Gregg and his wife Wendy have 3 children.