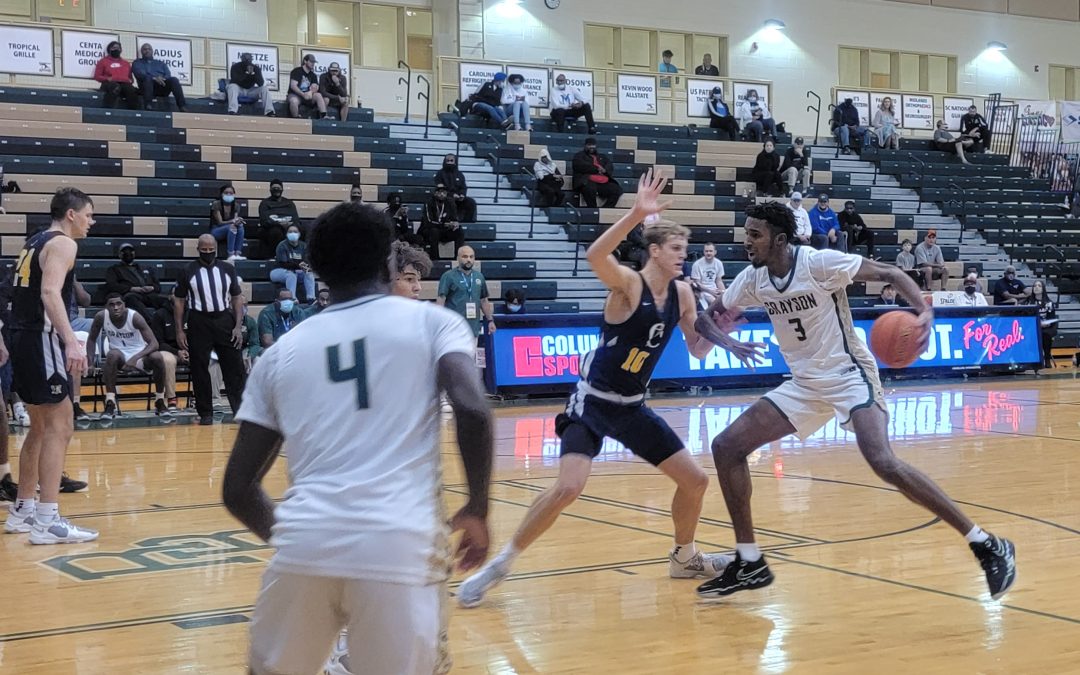 Led by Division I signees Tyrese Gibson and Chauncey Wiggins, Grayson (Ga.) rallied in the second half to defeat nationally-ranked Carmel Christian (NC), 65-58, on Tuesday in the American Bracket.

Carmel Christian will play Keenan (SC) in the first game on Wednesday at 9:10 a.m. Carmel was ranked No. 40 in MaxPreps Top 50 high school basketball poll.

Gibson, who signed to play at North Carolina A&T, led Grayson with 21 points and Wiggins, a Clemson signee, scored 18 points and rebounds in the comeback win. The duo combined for 21 points in the second half.

Carmel led 32-29 at halftime and was up 38-33 midway in the third quarter. But Grayson ended the third with a 16-9 run. Wiggins had a pair of dunks during that stretch and then Grayson extended the lead to 53-47.
Belmont signee Cade Tyson led Carmel with 20 points and Logan Threatt had 12.