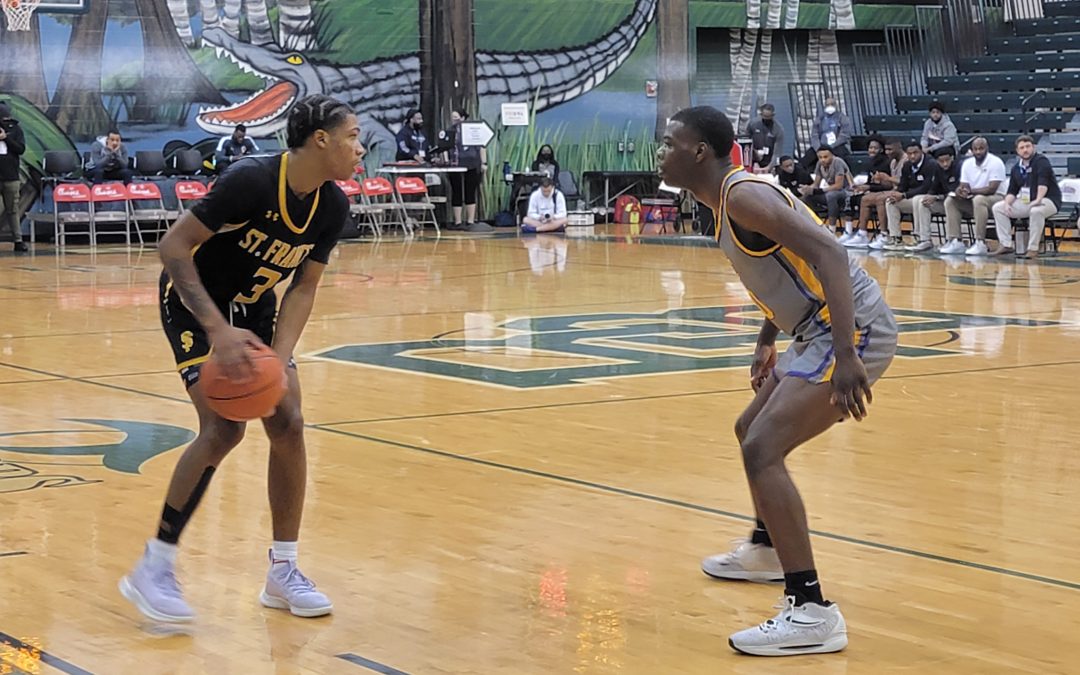 St. Frances will play the Ridge View/Huntington Prep winner in the National Consolation Championship at 2 p.m. Legacy plays the RV/Huntington loser at 9:10 a.m.

Daquan Davis led the way for St. Frances with 20 points. Davis hit five of the team’s nine 3-pointers. SFA has hit 22 3-pointers in its first two games of the tournament.

St. Frances led by as many as nine points in the first half but Legacy cut the lead to 52-51 with 4:01 left on Coen Car’s layup.

After SFA missed a free throw, Legacy had a chance for the win. But SFA had three fouls to give and used them to give Legacy just 1.5 seconds and the ball at halfcourt. Legacy missed a shot just inside halfcourt as time expired.

Carr, the CFA Slam Dunk champion, led Legacy with 22 points and Chaney had 15.