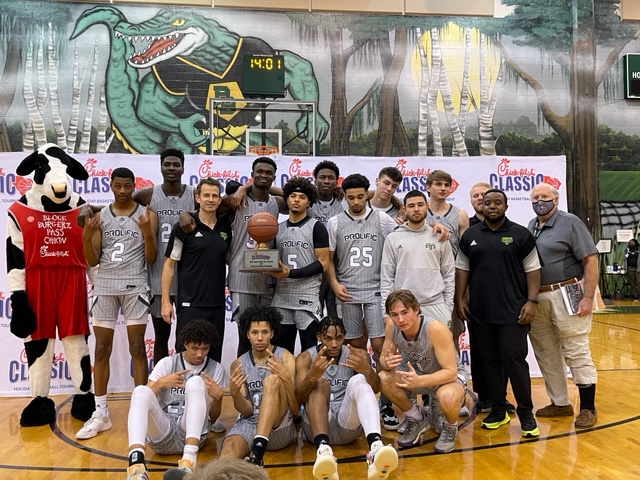 Prolific Prep (CA) had the most dominate championship game performance in the 19 years of the Chick-fil-A Classic history. The Crew dominated from the outset and set a Classic record for largest margin of victory in a championship game with a 71-44 victory over Dream City Christian (AZ) in the National Bracket Championship.

This was a rematch from less than a month ago with Prolific Prep earned a hard-fought 53-50 victory. The previous largest margin of victory in a championship game was 21 points by Oak Hill in 2011.

This time, it was over by the end of the first quarter. The Crew led 11-0 before the Eagles made a basket. By the time the first half was over, the lead had grown to 39-7. Prolific Prep held Dream City Christian to 7 percent shooting (2-of-28). They made one field goal in each of the first and second quarter.

Milos Uzan was the only player in double figures for Dream City Christian with 22 points.