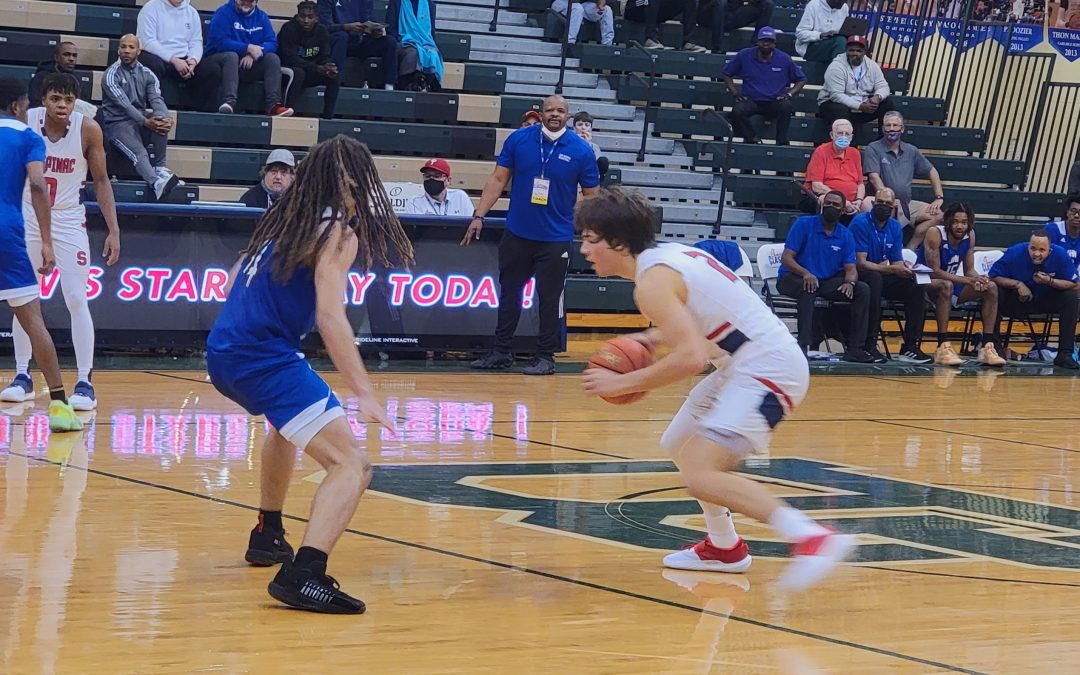 Archbishop Stepinac (NY) shook off a poor-shooting first half to defeat John Marshall, 54-50, in an American Bracket game at Chick-fil-A Classic.

Archbishop played the game without Boogie Fland (back injury), one of the top prospects for the Class of 2023. Archbishop coach Patrick Massaroni hopes to have Bland back by mid-January.

Archbishop was held to 24 percent shooting in the first half and trailed 24-18 at halftime. The deficit grew to 10 points early in the third before the comebacker. The Crusaders shot 61 percent in the second half and outscored John Marshall, 17-10, in the final quarter.

Isaiah Alexander, Danny Carbuccia and Samuel Gibbs all had 13 points to lead the Crusaders (5-1). Alexander had all of his points in the second half and scored six straight at one point.