History of the Tournament

The first Chick-fil-A Classic Basketball Tournament was held at Richland Northeast High School in December of 2002 with 12 teams participating (8 teams from SC and 2 each from GA & NC). No one at the time had an inkling that four of the participating players (Josh Smith, Ramon Sessions, Morris Almond and Randolph Morris) would in the future play in the NBA. From this first tournament’s success the tag line of “Where Tomorrow’s Stars Play Today” has stuck.

Just a few years later in 2005 a scrawny baby faced kid from Charlotte Christian School in North Carolina with a deadly jumpshot lit up the gym from long range and won the tournament’s Most Outstanding Player award while leading his team to the tournament championship over nationally ranked St. Anthony’s (NJ) and Norcross (GA). His name was Stephen Curry and since then he has won 2 NBA Most Valuable Player awards and led his team the Golden State Warriors to 3 NBA Championships. Steph Curry’s success and name recognition helped establish the Chick-fil-A Classic as a legitimate national level tournament.

Since then numerous nationally ranked teams and players from many different states along with a team from the Bahamas and England have participated in the Chick-fil-A Classic. 54 tournament participants have been selected to the McDonalds All American team through the 2020-21 season. Over 50 tournament participants have played professionally in the NBA and there are currently 35 former tournament participants on NBA rosters in 2021 that include Curry, Jaren Jackson Jr, Shai Gilgeous-Alexander, Brandon Ingram, Zion Williamson (2019 Overall #1 Draft Pick) , Anthony Edwards (2020 Overall #1 Draft Pick) and James Wiseman (2020 Overall #2 Draft Pick). Hundreds of college coaches from every level have attended the tournament including such notables as Duke’s coach Mike Krzyzewski (Coach K), Kansas’s coach Bill Self and UNC’s Coach Roy Williams. 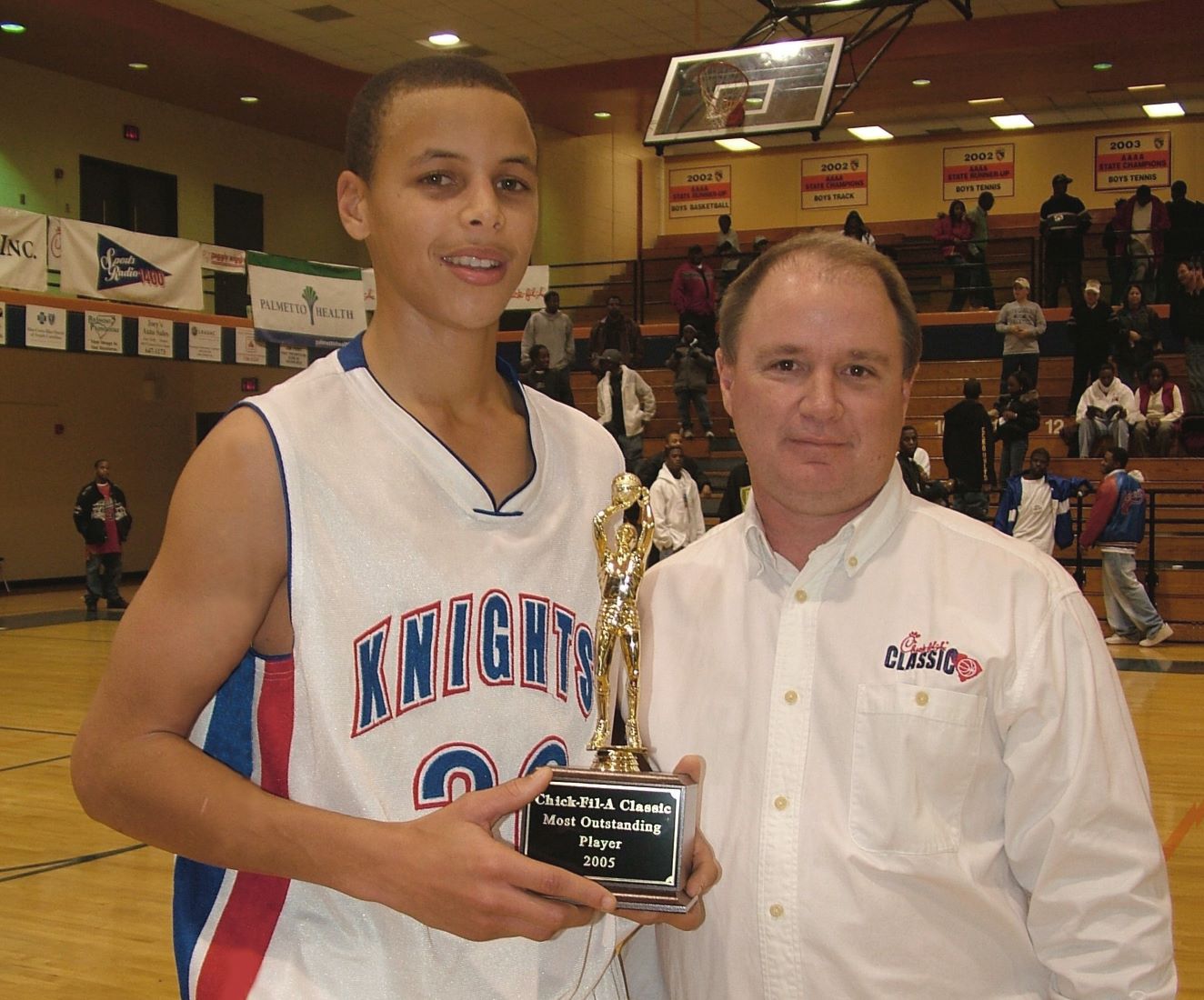