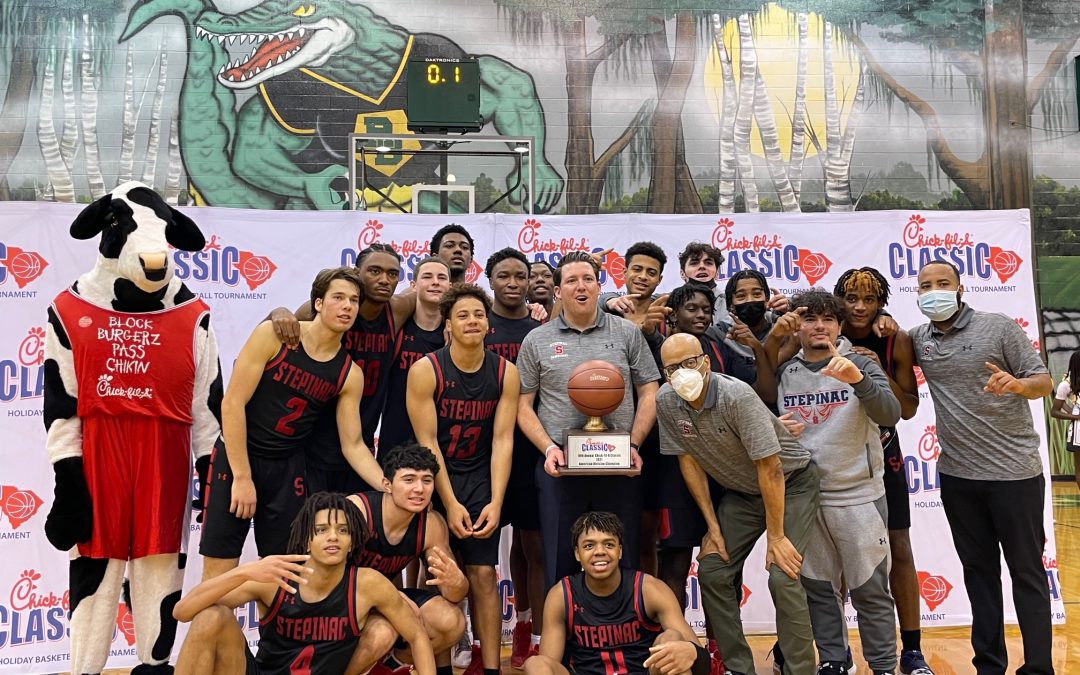 Irmo (10-2) opened up a 10-5 lead in the first quarter, but the Crusaders closed the period on a 13-0 run to for an 18-10 lead. They never trailed after that. The lead was 37-30 at the half before a huge third quarter that gave Archbishop Stepinac a comfortable working margin. Carbuccia connected on a deep three-pointer at the buzzer to give the Crusaders a 58-38 lead at the end of three quarters.

This was the second championship game appearance for Irmo in the Chick-fil-A Classic. The Yellow Jackets won it all in 2010 before the runner-up finish this season. This is the first time they’ve played in the Classic since then.

Samuel Gibbs added 12 points and Joel Baez added 11 in the balanced effort for the Crusaders.