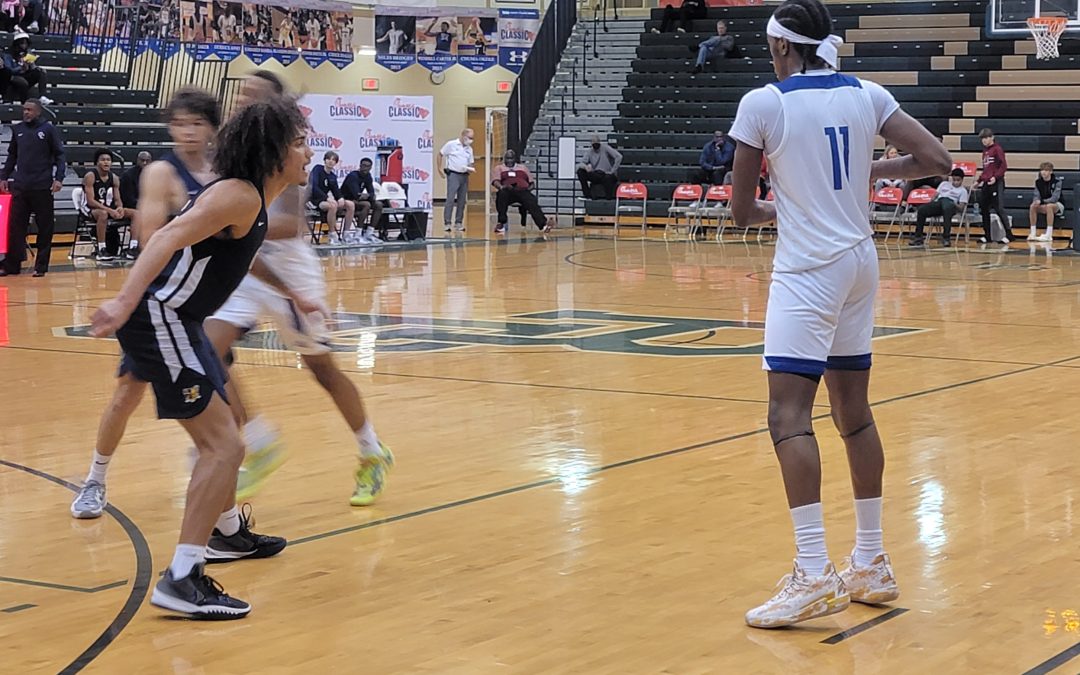 The Monarchs trailed 37-31 in the third quarter but battled back to lead 49-46 headed to the quarter after Reggie Robertson hit a 3-pointer with five seconds left.

John Marshall’s lead grew to 60-51 after two 3-pointers by Thompson, who had five in the game.

Carmel Christian got within 68-66 with 29 seconds left on a 3-pointer by Logan Threatt. But Thompson hit four free throws over the final 21 seconds to seal the win.