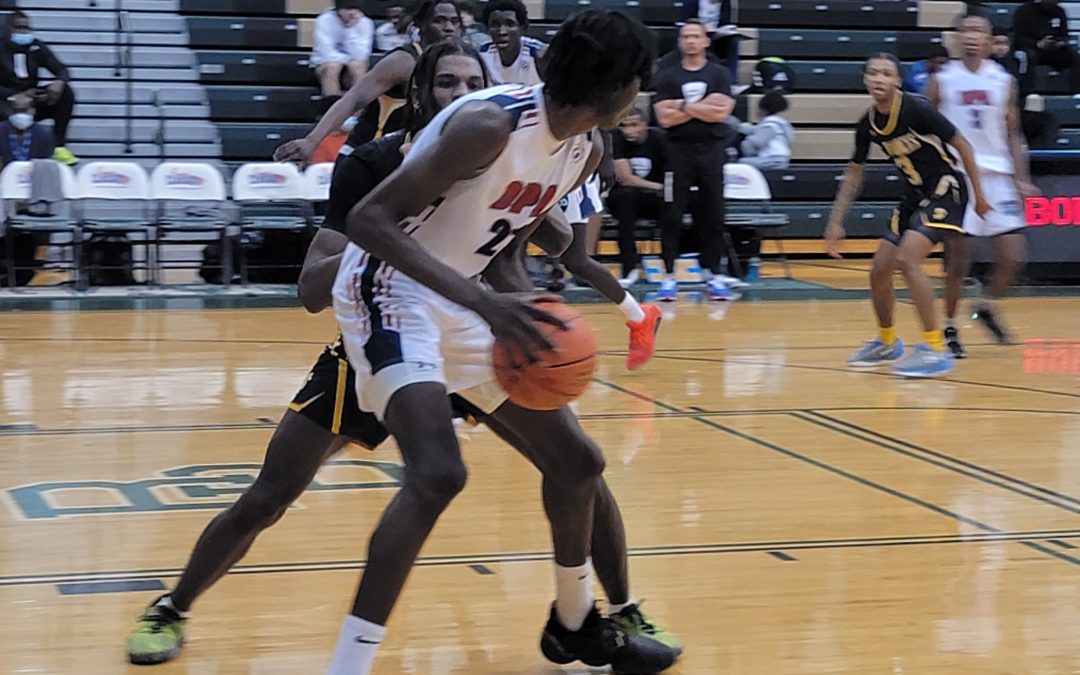 Baye Fall showed why he is one of the high school prospects in the country on Tuesday afternoon.

The junior scored 20 points and had 10 rebounds in helping Denver Prep to a 73-64 win over St. Frances Academy (Md.) in a National Division game at the Chick-fil-A Classic.

Denver will play the Dream City Christian winner in a semifinal matchup on Wednesday while St. Frances gets the loser of that game.

Fall is the No. 1 ranked center in the Class of 2023 by 247Sports Composite and sixth overall prospect in the class. Several Division I coaches including South Carolina, Kansas, Virginia, Georgetown and Xavier were in attendance to see him play.

Fall was able to show athletic ability and energy was on display in the victory.

Michael Lewis Jr. added 17 points while Assane Diop had 13 and Justin Daniels had 12.

St. Frances came into the game nationally ranked in MaxPreps and ESPN rankings. The Panthers trailed 36-30 at halftime but used outside shooting to get them back into the game.

St. Frances hit 13 3-pointers, including six by Bryce Lindsay. Janathan Lamothe’s 3-pointer tied the game at 51 early in the fourth quarter. But Denver Prep answered with a 9-0 to take a 60-51 lead.

Daquan Davis led St. Frances with 20 points and Lindsay had 10.