Frazier and Cherenfant win the 3-point and slam dunk titles 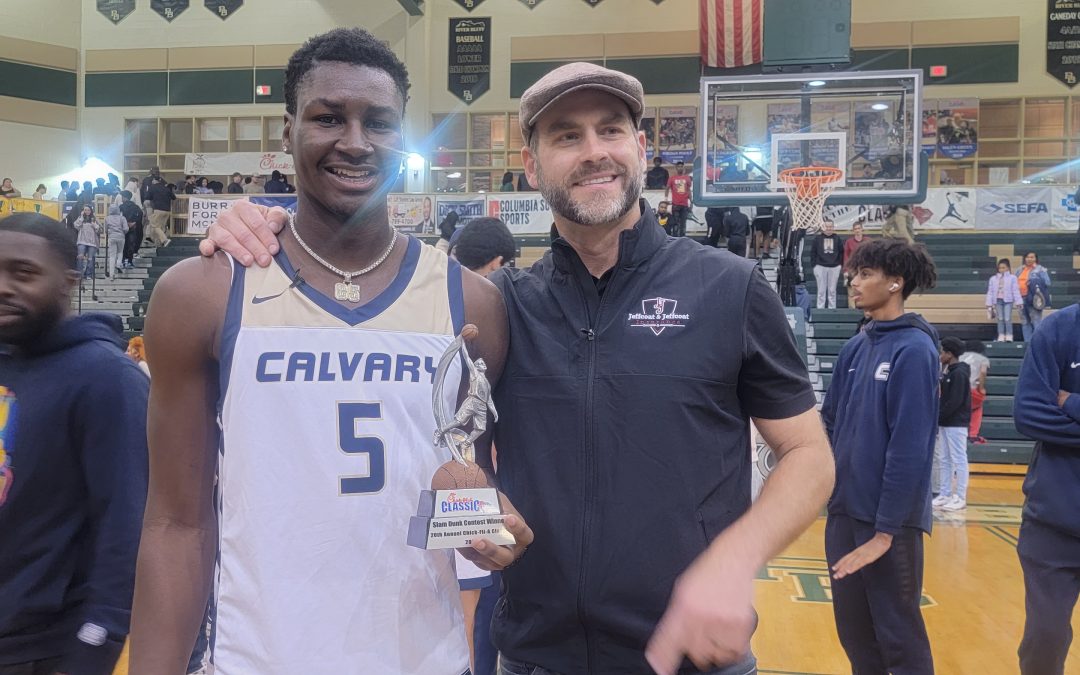 For the second straight year, a local product won the 3-point contest. Jordan Frazier of Cardinal Newman (SC) outdueled Jason Rivera of John Marshall (VA) 16-14 in a bonus round to claim the crown.

Frazier and Rivera each scored 18 points in the 1-minute championship round so they faced off in a 30-second bonus round. Frazier played at Ridge View last season and transferred to Cardinal Newman this year.

The Slam Dunk winner was Carl Cherenfant from Calvary Christian. He defeated Dallas Jones from The Rock School and Larry Johnson from Huntington Prep in the championship round. The winning dunk was an off the backboard windmill slam that brought a large roar from the players and fans still around from a jam-packed gym from the earlier games. The two contest were performed at the conclusion of the the six bracket games of the day.