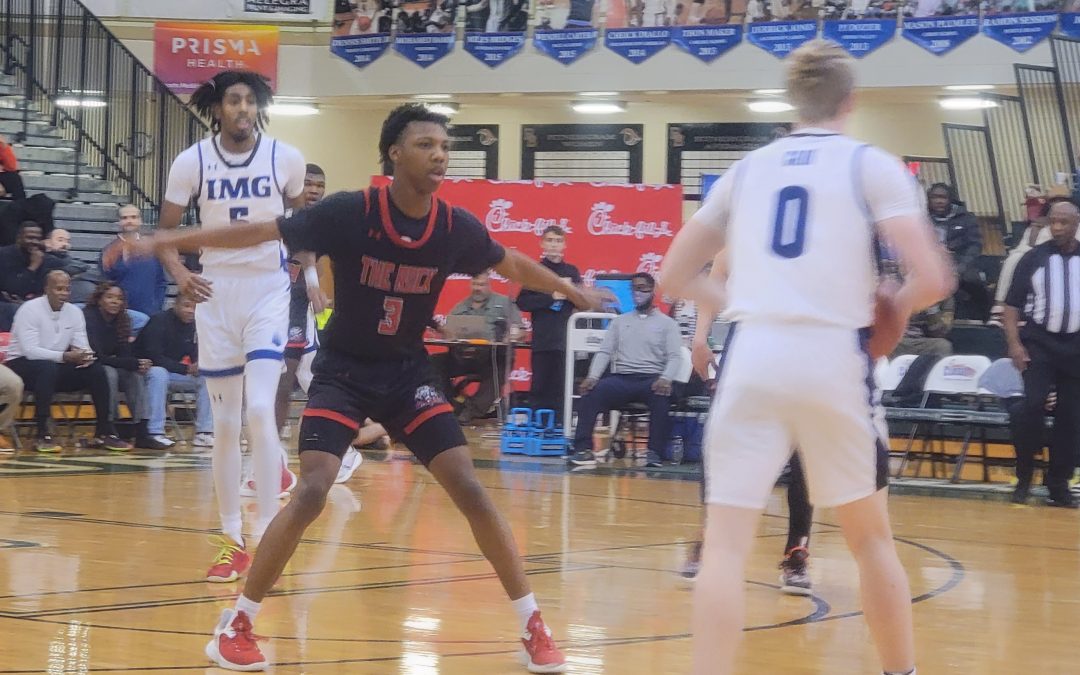 Amier Ali scored all 16 of his  points in the first half to help IMG Academy (Fla.) to a 67-58 win over The Rock School (Fla.) on Thursday at the Chick-fil-A Classic.

The Rock School got within six points with three minutes left before the Ascenders pulled away. Blue Cain added 14 points and Bryson Tucker had 12 points for IMG. Jamie Kaiser had 11.

Evan Sterck had a game-high 21 points to lead the Lions. The Rock School will play Calvary Christian in the third-place on Friday at 5:30 p.m.