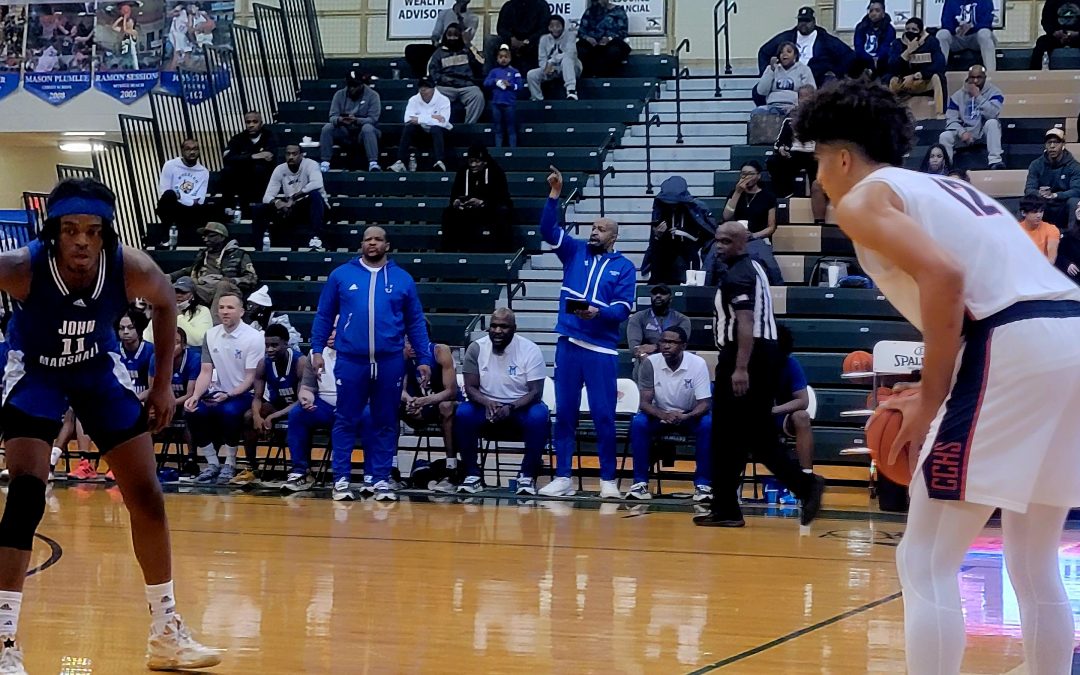 John Marshall (Va.) and Columbus (Fla.) lived up to the billing on Thursday at Chick-fil-A Classic.

JM used a big third-quarter run and held off a last-second 3-pointer for the 50-47 win in between nationally-ranked teams.

The Justices will play the Wheeler/Keenan for the American Bracket championship. It is John Marshall’s first title appearance and just second trip to the Chick-fil-A Classic.

Columbus will play the Wheeler/Keenan loser for third place.

Thompson hit two free throws to make it 50-47 with 52 seconds left. The Explorers had a three-point chance on final possessions but missed as the buzzer sounded.

Cameron Boozer led Columbus with 12 points and 15 rebounds. Cayden Boozer and Malik Abdullah each had 11.