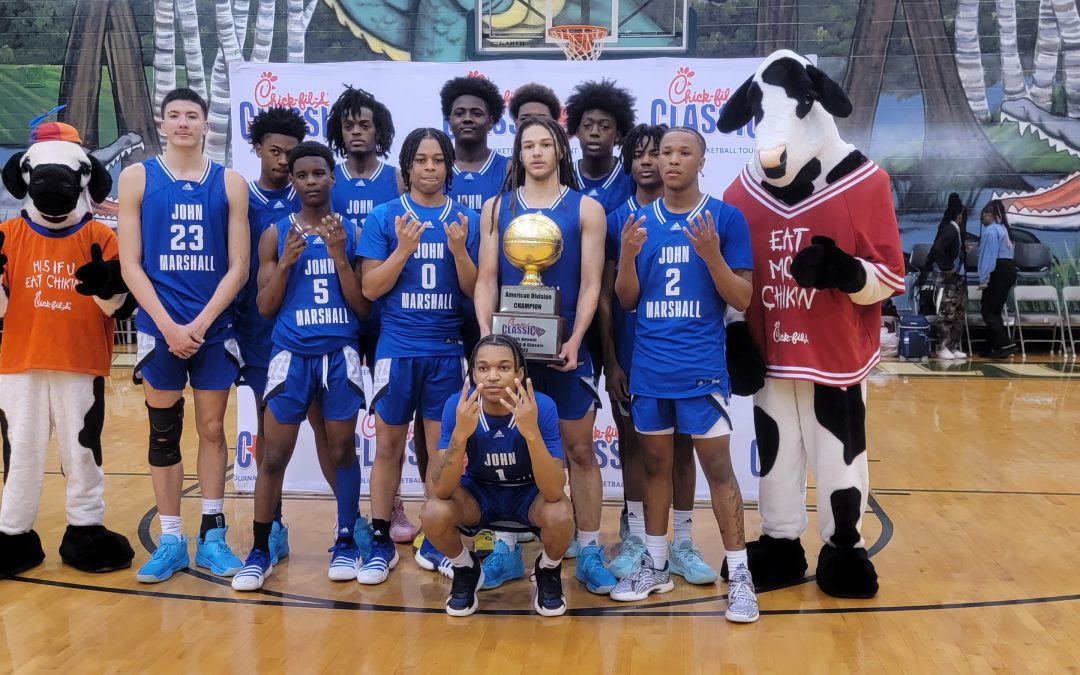 John Marshall ran through a strong field on its way to its first Chick-fil-A Classic championship.

The Justices defeated Columbus (Fla.) on Thursday to make it to the championship game. Columbus High was No. 12 in ESPN’s high school rankings while Wheeler was 17th.

John Marshall led 39-29 at halftime but Wheeler cut the lead to 50-45 on an Isaiah Collier basket with 3:52 in the third quarter.

John Marshall dominated inside with a 40-20 advantage in points in the paint and outbrebounded them, 41-25.