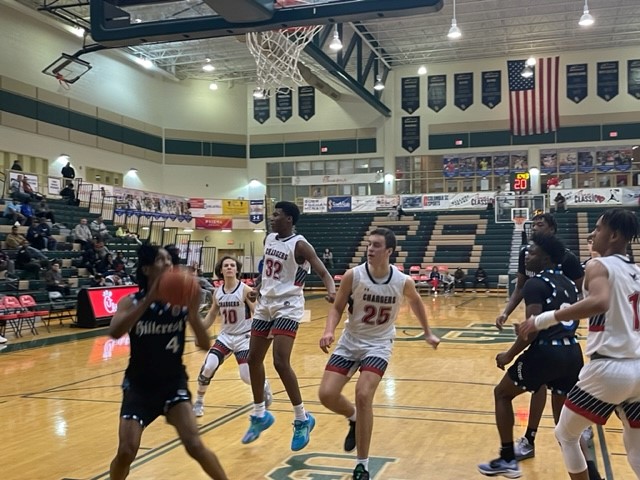 Despite only having six players available, Hillcrest Prep advanced to the fifth-place game of the National bracket after a 67-47 victory over Providence Day School. Justin Johnson and Tyshawn Bridges each scored 19 points as four Bruins finished in double figures.

Hillcrest had travel issues and only had seven players make the trip to Columbia. Baylor commit Jason Asemota was injured in the first-round game and was unavailable.

Providence Day used an 11-0 spurt to take a brief 41-40 lead late in the third quarter, but Hillcrest Prep responded with a 27-6 spurt to end the game. Aiden Sherrell scored 13 points and Kamari Jones added 12 in the victory.

Hillcrest Prep will face Southern California Academy in the fifth-place game at 2:10 pm on Friday. Providence Day School will open play on Friday at 9:10 am against Oak Hill in the seventh-place of the National bracket.