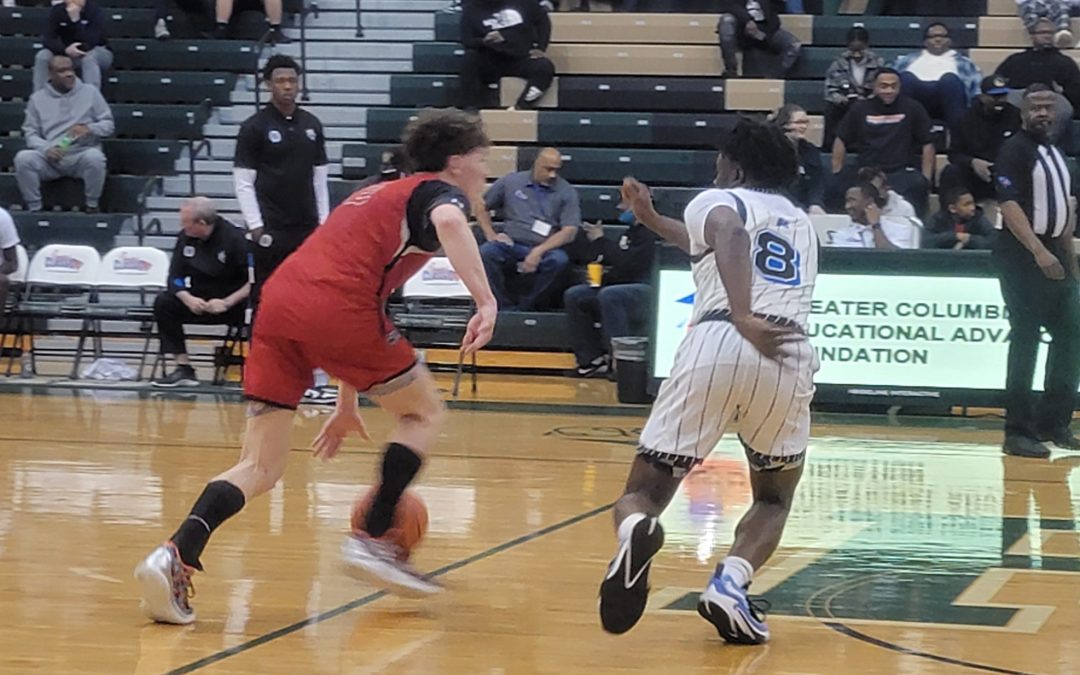 The Rock School used outside shooting to win its National Bracket game over Hillcrest Prep, 73-55, at the Chick-fil-A Classic on Wednesday.

Hillcrest played the game with only six players. Half of the team and head coach Marcus Gantt couldn’t make the trip because of flight cancellations with Southwest Airlines.

Tyshawn Bridges led Hillcrest with 24 points and Aiden Sherrell had 17.